In addition to our full time staff in the Farm Market, Bakery and Greenhouses, three generations of the Sam Mazza Family presently work on a day to day basis keeping things running smoothly on our 350 acre Colchester farm. Father, Sam Mazza, daughters, Laurie Mazza Bombard, Melissa Mazza, Cheryl Mazza Patterson, Theresa Mazza Anthony and grand daughter Melanie Bombard, along with Laurie’s husband Gary Bombard, are the backbones of the family farm. Other Mazza family members work during the summer and at special events as needed.

The Sam Mazza Family farmed and operated a General Store over on Mallets Bay Avenue which opened for business in 1935 selling groceries, vegetables, and a real meat counter operated by Sam Mazza, Sr. who was also the butcher. In 1969 Sam Jr. and his wife Annette started their own farm on property adjacent to his father’s land fronting on Lavigne Road at the present site of the Farm Market and Greenhouses. At that time the farm had a 450 foot chicken house and raised vegetables for sale on a wholesale basis. Due to health reasons the poultry business was discontinued in 1988 and the first small greenhouse and retail store opened. The in-house, full service Bakery was added in 1992 and Frank Peters was hired on as the baker and has been firing up the ovens on a daily basis ever since.

Sam Mazza’s Family Farm is much more than a retail Farm Market, Bakery and Greenhouse. We are also a popular Colchester community center and we host two successful festivals, a Strawberry Festival and a Harvest Festival, and a Blueberry Breakfast. All of these special events are held in a recently built 40 by 60 foot covered pavilion just to the left of the Farm Market. There is a children’s playground located adjacent to the pavilion with plenty of free parking between the pavilion and the Corn Maze. The pavilion is available to rent for family picnics and parties during the summer months (See the Pavilion Rental page).

Besides our full time staff, pictured, we have a long tradition of employing Colchester High School students on a part time basis to work in the Farm Market during the summer months when we are running at full tilt. We Hire Local so you can Buy Local!

In addition to the retail operation, our 350 acre farm also grows a wide variety of produce which is sold on a wholesale basis and shipped to large supermarket chains throughout the region. Under the auspices of Sam Mazza, the wholesale business operates out of a large packing house situated just to the right of the Farm Market. Our vegetable farm was one of the first in Vermont to employ Jamaican farm hands who arrive in the early Spring and work in our fields until early October. We have been part of this government-sponsored program for over 20 years and look forward to the return of these very important members of our farm family each year. The same crew returns year after year to plant, nurture and harvest our produce and have become an integral and valued part of the Sam Mazza Family Farm operation. 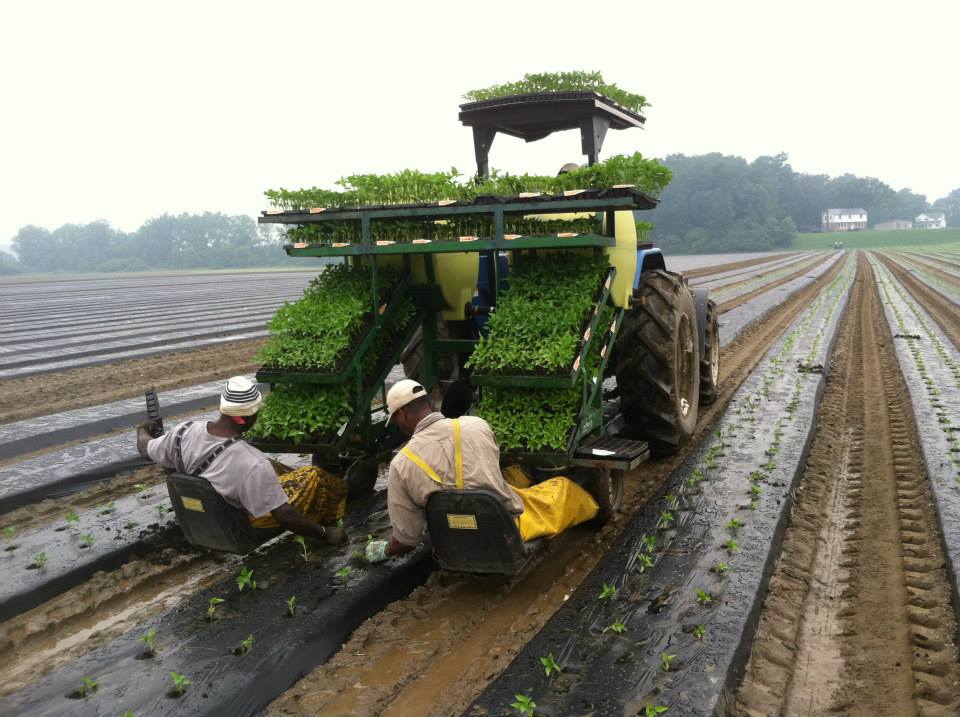